Milton Keynes Is The Place To Be In The UK 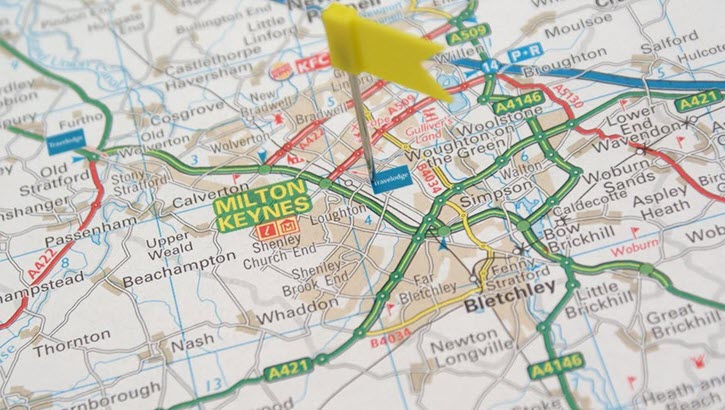 Milton Keynes is usually shortened to ‘MK’ and was founded in 1967. Located in the middle of the south of England, at the top of the Buckinghamshire county.

The original plan of this new city was to relieve some of the London housing problems by moving people out of London and into Milton Keynes.

The city location is exceptionally convenient for many people and businesses visiting the city.

Within the boundaries of MK, there are many smaller villages, with some dated back to as early as the Middle Ages.

Before MK was formed, there was a population of around 50,000 people. The population has now consistently increased with an existing population of 250,000 people and rising, with the continuous expansion of both houses and industrial areas.

A Modernised Design With Environment Benefits

Milton Keynes has a very modernised design, with a grid-based road system where all the roads are either horizontal or vertical (H roads or V roads). Within the original plans for the future lies ‘D’ boulevards, which are roads that run diagonally.

A green environment, with future plans to be city status, but with the inclusion of parklands, lakes, wooded and walking areas.

This new city was so successful that in 2004 the authorities announced plans to double the current size by 2026.

This city offers diversity and contrast, described as the perfect mixture of modern and ancient design that draws in new residents and visitors each year.

With many attractions and leisure facilities offered by the city, such as the Xscape Leisure Complex, with two 220 feet artificial snow ski slopes, said to be the biggest indoor ski slope in Europe.

The city is known for its half life-sized concrete cows sculptured by the Canadian artist Liz Leyh in 1978.

Within the borders of MK, there are 220 public works of art, with a combination of industrial estates and homes that are hidden behind wooded areas and shrubbery.

Milton Keynes holds historical value in Bletchley Park that unlocked the famous Enigma code used by the Germans in World War II, which significantly changed the outcome of the war.

MK is an up-and-coming industrial hub where many big companies have relocated.

Facilities The Whole Family Can Enjoy

MK One Retail Park – Home Of The MK Dons FC

MK1 contains a range of shops, restaurants, ten screen cinema, and is home to the MK Dons football club, located just outside Bletchley.

The MK theatre is situated in the heart of the city. It holds many shows from the West End, along with fantastic pantomimes at Christmas.

The MK shopping centre is entirely indoor and is the largest of its kind in the UK, with many top brands available to purchase from.

The Xscape is also home to many shops and leisure facilities, such as indoor skydiving, ten screen cinema, a gym, a bowling alley and many restaurants.

There are many places to eat throughout the whole of the MK city from the usual fast food places, such as Pizza Hut or McDonald’s, to pub grub, through to fine dining restaurants.

Milton Keynes has many facilities to enjoy for the whole family. Still, the most significant benefit of this beautiful city is the continuous feel of the countryside with its many parks, wooded areas and lakes to enjoy.

Enjoy the Redway system that enables anybody of any age to cycle throughout the whole of the city.

Easy To Find In The Heart Of The UK

Located just off junction 13 and junction 14 of the M1 motorway, which is central between London and Birmingham.

Milton Keynes is also on the main central line from London and Birmingham, which makes travelling by train so easy.

People Looking For ‘MK’ Stuff In The Google Search Engine

The search term ‘Milton Keynes’ is typed in the Google search engine approximately 135,000 times a month.

Milton Keynes is a great place to visit or live for all the family, with fantastic greenery, leisure facilities, nightlife, bars and pubs.

It is so easy to get to and to get around. Visit Milton Keynes as soon as you can, you won’t be disappointed.